The Fate of Kings

I like historical books but picked this up in a bookshop on a whim. The cover attracted me as did the storyline so decided to give it a shot. I am so glad I did.

1793. As the Terror begins to cast a great shadow over France, Thomas Pryce, the new Vicar of Deal, crosses the Channel to find the missing parents of his beautiful French wife. Facing grave dangers, he makes his way to Brittany where he not only discovers the fate of his in-laws but also uncovers a plot which threatens to topple the British monarchy. Fighting against a sinister secret society in a race against time, Pryce battles to thwart the plans of a Parisian spymaster and his agents in London.
The Fate of Kings is the first in a series of gripping spy thrillers that will engross readers of C.J. Sansom, Dan Brown, as well as the many avid watchers of Poldark and Grantchester. In the first years of the British Secret Service, Thomas Pryce truly is the original James Bond.

From the first word to the last I couldn’t put this book down. The attention to historical detail is outstanding and makes the book fascinating. Yet it is woven into a story so gripping it does not overwhelm. The story moves along at a fast pace. At times my pulse was pounding, at others it felt like it had slowed right down. The characters are well developed and believable and I found myself caring what happened to them. Thomas Pryce is a strong main character who carries the story, yet all other characters are both realisticall and necessary. It is said that books are either character or plot driven, but each is equally important in this book. I believe, but am not sure, that this is Mark Stibbe’s first foray into fiction. If so, he has played a blinder. I cannot wait for the next one.

Holding Out for a Hero

Today on the blog I welcome Ian Nathaniel Cohen. Welcome Ian and thank you for this super helpful; post. I love the sound of the book.

There’s nothing like completing your first novel to dispel any illusions you have about how easy writing a book actually is. No matter how experienced of a writer you are, no matter how fluent in your chosen genre you’ve become, the process of turning a book from a mere idea into a ready-for-publication reality is most likely going to be harder than you expect. I certainly went through that with my first novel, The Brotherhood of the Black Flag, and it was quite the reality check. Sure, some parts of writing the book went more smoothly than others, but looking back, I don’t recall finding any of it easy.

That being said, no aspect of writing Black Flag was more difficult than coming up with my protagonist, Michael McNamara.

The Brotherhood of the Black Flag is a tribute to the classic Hollywood swashbucklers I grew up on, and a story like that requires a certain kind of hero. Rather than invoking the villain protagonist trope, I wanted my main character to actually be heroic, committed to doing the right thing. I already had my villain and their scheme in place, as well as some key supporting characters, so all that was missing was a hero to save the day.

Unfortunately, said hero was a complete blank slate for a long time. Even race, ethnicity, nationality, and gender were up in the air, only decided on when I “cast” James McAvoy (who I’m a big fan of) as my protagonist. Heck, I stumbled upon the name “McNamara” while looking for good names for my villain. Even worse, I had no idea how to answer the all-important question of what my main character wanted. I had no idea what would drive them to oppose the aforementioned villains and save said day. Every idea I tossed around seemed stale and uninspired. Revenge? Overdone. Anti-hero learns compassion? Overdone. Duty? Too confining.

Then, somehow, I had a “eureka moment” – one of several that enabled Black Flag’s eventual completion – when a question popped into my head from out of nowhere.

“What if he doesn’t know what he wants?”

Now I had something!

I’ve known people who, for one reason or another, weren’t able to get into certain careers they’d imagined they would when they were younger, or who’d lost their jobs and couldn’t find work in that same field. They all found themselves asking “well…now what?” Not only did it seem like an interesting character arc to play with, but also something readers could relate to and empathize with, either having gone through it themselves or knowing people who had.

Of course, I still had to come up with something for McNamara to want and achieve by story’s end. I also needed to piece together what he’d been doing previously (history cooperated beautifully in this regard). But at least I had a starting point, a foundation to build on. And the rest, as they say, is history.

Ian Nathaniel Cohen is a native of Miami, Florida, where he grew up immersing himself in swashbuckler literature and film. He graduated from the University of Central Florida in 2003 with a BA in Radio/Television Production and a Minor's Certificate in Applied Computer Science. He also received his MA in Asian Studies from Florida International University in 2006, where he teaches the course Asia Through Film as an adjunct lecturer. In 2010, his essay "Heroes & Villains of the East", analyzing the evolving depiction of the Japanese in Chinese and Hong Kong martial arts cinema, was published in FIU's Japan Studies Journal. He also writes a guest blog, the INCspotlight, on the website Channel Awesome, reviewing classic films, comic books, and video games. He made his debut as a novelist with The Brotherhood of the Black Flag in September 2017.

Links to my book:

11 Quick Marketing Strategies to use Before Breakfast 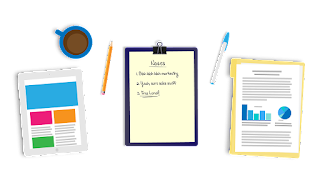 As writers, or indeed in any industry, the biggest challenge today is getting our books seen. Yet, mention the word Marketing in any group of writers and a collective groan will go up. Marketing is seen as both a necessary evil and a time suck. I can fully understand why you feel that way. So today's blog brings you quick and easy ideas you can use to get you started.

1. Write 5 tweets. Schedule them to go out at optimum times throughout the day. You can use a social media scheduler such as Hootsuite or Buffer to do this. You can use this handy article to check the best times

3. Change your Facebook Business Page to a Shop Page. Details of how to do this can be found here

4. Write a facebook post for your Facebook Page. Make it unique, funny, helpful, an article about some aspect of your book. In fact anything that doesn't say buy my book. What? Yes, that's right don't sell your book. However, if you have made your Page a Shop then you will be able to link to your books on any post. See point three on how to do this.

5. Start a Facebook Readers Group for your books. Many authors are now doing this as it gets around the throttling of posts on pages.

6. Write a blog post. Again don't make this specifically about your books. However, provide pictures of your books and links

7. Write a newsletter to your mailing list. Again, not specifically about your books, but add a section saying if you haven't read them all yet then now's the time or whatever variation of this you would like to use.

8. If you haven't got a newsletter then start one. Use an email service provider such as Mailchimp,  AWeber or ConvertKit

9. Jot down 30 ideas for blog posts. This will speed up the process when you want to write a post. Your brain will also percolate the ideas and will be ready to produce when you sit down at the keyboard.

10. Join a Facebook Copromote Tweet Group. Use this to get retweets for your posts. Retweet others in the group to provide helpful content to your followers

11. Join a Facebook Marketing Group to get more ideas and to collaborate in marketing each others groups I have one on Facebook called Killer Marketing Techniques for Writers

12. yes, I know I said 11 but there's always a bonus tip. Go to twitter or Facebook and share for three of your friends. Being nice to people is free and usually everyone will be nice back

I hope these help. Tune in soon for more Killer Marketing Ideas

Wendy H. Jones is the bestselling author of the Award Winning DI Shona McKenzie Mysteries and the Fergus and Flora Mysteries. She lives and writes in Scotland. She is also the author of 'Power Packed Book Marketing'. You can find out more and get a free ebook on her website