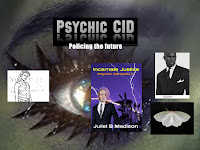 Good morning Bookaholics. Today I’m delighted to welcome Juliet B Madison back to the blog to tell us about her new book. Incarnate Justice, the first title in the Psychic CID paranormal crime series, was released on 23rd November 2015.

No I will give the floor to Juliet.

Incarnate Justice is set in the future – 2040 to be exact – and combines the traditional police procedural with the use of psychic powers and the paranormal to assist in crime solving. It’s set in the fictional UK city of Ashbeck, which is also the setting for the DI Lyle series.

In 2015 thirteen-year-old Ellen Shaw disappeared without a trace. No traces of her alive or dead were ever found and the police dismissed a Psychic’s help.

In 2040 the recently formed Psychic CID are called in to investigate when decomposed human remains are found. The original Missing Person case files yield no clues

Newly promoted DS Joe Lamont has been plagued by disturbing dreams since his early teens and he feels a connection to Ellen that he can’t explain.

Will Lamont’s intuition prove to be a hindrance or a help and can Psychic CID solve the case and get to the truth about what really happened to Ellen?

There will be 5 titles in the Psychic CID series; one based around each of the five main Psychic CID characters.

DS Joe Lamont is the new boy in Psychic CID and he is the focus of Incarnate Justice.

Here is an excerpt from the prologue of Incarnate Justice, which is set in 2015.

Moira Hart felt very cold suddenly. She had left the coffee shop and returned to her flat. The central heating was on but the ethereal chill penetrated her very marrow.

The young girl had not passed, Moira would have had a sense of it if she had, fuelled from the brief intimate look they had exchanged, but Moira knew that she was in trouble. She didn’t even know the girl’s name and she knew better than to go the police. What could she tell them? The words I’m a Psychic usually made the eyes of officialdom glaze over and were usually accompanied by a “Thank you Madam, but we have enough resources at hand to investigate this ourselves.”

She sighed deeply. She would have to keep close to Spirit and follow its lead as well as following the media. They reported all known details but some were kept back as a means of weeding out cranks. But maybe she was ahead of herself? After all, the girl had not passed. She was sure of that more than anything. Until she turned up, dead or alive, Moira was powerless to act and she hated that.

Doreen Shaw awoke with a start. She had drifted off and she awoke to a chilling feeling. It was gone seven pm and still Ellen had not turned up.

She picked up the phone with shaking hands and dialled her daughter-in-law’s number.

“Janet, it’s Doreen. Is Ellen with you?”

“No, I’ve been at work and just got home. I thought she was going to yours after school?”

Doreen felt the chill increase despite the warmth in the room.

“She isn’t here, Janet, She never showed up.”

You can visit the Official Psychic CID website
Posted by Wendy H. Jones at 12:04 2 comments:

It's November and that means ... 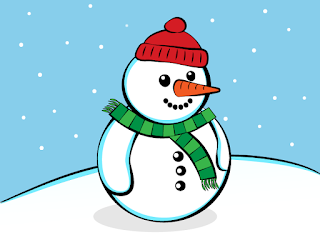 This morning my little corner of Scotland had its first snow of the year. Admittedly, not enough to build the cheery wee chappy above, but snow nevertheless. Along with snow comes very cold weather. I'm cuddled up in a blanket writing this. The heating is on, but my office used to be a garage and it's not terribly well insulated.

November also brings long cold nights. It is dark in Scotland by 4 pm. The curtains are drawn and the heating is on and all of us readers know what that means. Yes, it's more time to curl up with a good book. I have a reading pile which is so huge it is threatening to fall over. I've decided on a bit of eclectic reading this November. Here is a small section of what I will be reading. 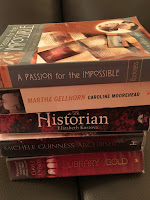 To writers November also means NaNoWriMo. This stands for National Novel Writers Month. This month writers, from all corners of the globe, will be writing up a storm. They will be counting words like a demon, and every word counts. They will update their word count daily on the NaNoWriMo site as they work towards the 50,000 they have pledged to write in November. They will be checking their buddies total and wondering how they are doing in comparison. Novels will get written during this month and the winners will rejoice. It is a time of elation, and a time of despair. Despair if you are not meeting your target for the day. Despair as you realise that you have to make that superb word total into a manageable manuscript. I am storming ahead with my fourth book in the DI Shona McKenzie Mysteries.

This year, November also sees the arrival of the third book in the series, Killer's Cross. It will be launched in Waterstones, Dundee on 16th November. It is available from Amazon on the link to the right. In the UK signed copies are also available from my website and would make a fabulous Christmas present. See, I'm also solving your Christmas present problems in this blog.

Bodies with crosses carved on their chests! All left outside Dundee Churches! All members of the religious community! DI Shona McKenzie has to find the common factor linking the deaths, and catch the killer before he strikes again. Is her latest case as simple as it seems?

So November means a lot of things to a lot of different people. Whatever November means to you, my wish is that it brings you lots of lovely books to read. If you are a writer, and doing NaNoWriMo, my hope is that it is going well. My wish is that you will see that winner's video. I am off back to the writing. I will see you all back here soon. Have a great, fun filled, November. 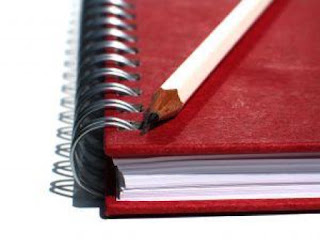 Today I'm thinking about the bare necessities for a writer. What is it we need in order to write and be creative? Most of us will have a computer, or maybe even a desktop and a laptop. We may have an office, or a small corner of a room where we write. Wherever we write there will be a desk or a table. If we really dig down deep then most of us will have a cup of coffee or tea next to us. Some people may not be fortunate enough to have all of this but will be writing using a notebook and pen, sitting at the kitchen table, or on the sofa or the bed.

However, I would venture to say that the most essential bare necessity for a writer is words. Those and something to write them on. Why am I thinking about this I hear you ask? Well, this is November and November for many people means NaNoWriMo, or National Novel Writing Month to give it its full title. During this time writers pledge to write 50000 words in 30 days. This means that the bare necessity to meet the challenge is 1667 words per day. The idea is to free flow write and this can free up the mind and allow the words to flow. For some this works and for others the pressure means that they dry up completely.

I think this is a good habit to cultivate. To write a set amount of words per day. When you sit down to write then your body knows it is time to create. NaNoWriMo gves the writer permission to prioritise writing and everything else can wait. I think we should all make this a year long habit.

That's it for another day my Bookaholic buddies. If you are doing NaNoWriMo then more power to your elbow. Have fun. If you're not, enjoy whatever book you re reading.
Posted by Wendy H. Jones at 09:25 No comments: