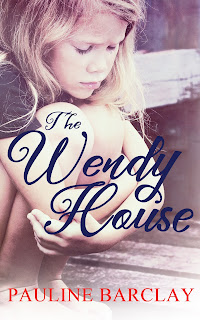 Hello Wendy, thank you so much for your invitation to appear on your fabulous Blog to talk about my latest baby, The Wendy House.

You asked what inspired me to write my latest book. Like all my other books the root of an idea for a story often comes from talking to other people. The concept for The Wendy House came after meeting with a lady some years ago. Whilst my other books are emotional with tear jerking moments, The Wendy House is a dark story and provokes a plethora of emotions.

A few years ago I met a lady who told me about what had happened to her during her childhood and how those events changed her life forever.  She asked me to consider writing a story about what she had had to suffer and endure, but wanted my story and all the characters to be fiction. She had her reasons for this and I respected them. It was heart breaking to listen as she recounted those years and what she told me will live with me forever.  The Wendy House was not the easiest of stories to write, and I did wonder at times if I should not only not finish it, but not publish it, but I was encouraged to do both. Sometimes, maybe, we have to step out of our comfort zone and write about something that shocks and upsets in the hope it can, in some small way, change things.

Blurb for The Wendy House

When Nicola changes overnight from a bright, happy young child into a sullen, rebellious girl, ceasing to show interest in anything or anyone around her, her parents struggle to understand why. As she develops into a difficult, troubled, hostile teenager they put it down to hormones, believing it will pass. Yet Nicola goes from bad to worse and no matter how much her mother tries to reach out to her, it seems she is hell bent on self-destruction. When she leaves home at seventeen, rushing into the arms of a man ten years her senior and quickly becoming pregnant, her despairing mother almost gives up on her. A decade later, the events that stole Nicola’s childhood and changed the course of her life threaten finally to destroy her. She knows if she is to cling on to her sanity she must tell her mother the dreadful secret she has carried all these years, but her fear that she will be met with disbelief, hostility and branded an evil liar drives her to the edge.

A heart-rending story of betrayal, secrets and gripping fear.

And will be available in paperback very soon.

A little about Pauline 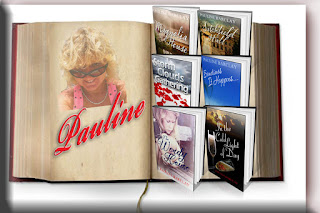 I am from Yorkshire, but have lived in several different locations including, Suffolk, Surrey and Holland. Today, I live on one of the beautiful volcanic islands of the Canary Isles with my husband and our two gorgeous rescue doggies.

Years ago I gained a BA (Hons) degree from the Open University, today I spend my time writing fiction. I have six books published, plus a 20 minute short festive story.

My passion is to write about events that happen in life and change everything for those involved as well as those caught up in the maelstrom. I want my characters to sit at your side, steal your attention and sweep you up in their story. Stories that will bring tears to your eyes, have you laughing out loud and sometimes, what they share with you, will stay in your hearts for a very long time.

Good morning my Bookaholic Friends. Today I bring you a cracking historical crime book for your reading pleasure.

I love Chris Longmuir's books and had been waiting for this one to be released for some time. Chris is an outstanding writer and this one is up to the usual high standards I expect of her. It is mainly set in the Gretna Munitions factory during the First World War and the historical setting is superb. I could almost feel like I was there and could picture the scene perfectly. The book has obviously been meticulously researched and the attention to detail is outstanding. The story moves along quickly, pulls you in and keeps you reading. The characters are well drawn with unique quirks and foibles. This makes them believable and I found myself rooting for them. Even the baddies had their endearing qualities. The one thing I will say is that there are a lot of characters. Initially I had difficulty keeping them straight in my head. However, Longmuir is a skilled writer and pulled everything together beautifully. Although the book is the second in the Kirsty Campbell series it is set before the first book, therefore you get an even better sense of Kirsty Campbell. I love this character and the fact she is based on Dundee's first policewoman endears her to me even further. I look forward to reading more about her in the future. I would highly recommend. this book for all lovers of historical crime fiction.

I was given an ARC of this book by the publisher for a fair review. This book is based on my reading of, and enjoyment of, the book. At no time was I asked to provide a positive review.

Dare You Face The Dagger's Curse? 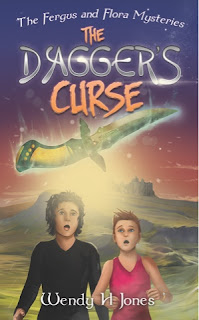 Good afternoon Bookaholics, both readers and writers. I hope you are well and enjoying the summer.

It's been a busy time recently for this author. I've been doing final edits of my latest book, The Dagger's Curse ready for its launch on 10th September. This is the first in a new Young Adult Mystery series called, The Fergus and Flora Mysteries. Fergus and Flora are typical Scottish teens until they find themselves smack bang in the middle of a mystery, following the theft of a cursed dagger. Cue adventure,  clues, non stop action, and a curse which holds Dundee in its grip. This is meant for young Adults and can be read by teens, older teens and adults alike. I hope you will fall in love with Fergus and Flora as much as I have.

My question to you today is - are you brave enough to face The Dagger's Curse?

For DI Shona McKenzie Fans do not panic. The fifth book is well on its way and will be ready for release in November. I'm not ready to reveal too much about the plot as yet but I can tell you it is called Killer's Crew. I can promise you it will be another high profile and action packed case for Dundee's most famous Detective and her team.

At the moment I am gearing up for Bouchercon 2016 in New orleans. I will be speaking on a panel talking about Police and Crooks. Now that should be fun. DI Shona McKenzie and her team will be coming along with me. The books will be for sale at the convention, but will New orleans feature in a future book. That's for Shona to know and me  to find out. It might involve some skilful interrogation on my part as Shona does not give up information easily. Whatever the outcome I am looking forward to the trip. There will be a strong Scottish contingent with several other Scottish authors also making the journey. Watch out New Orleans, the Scots are coming. 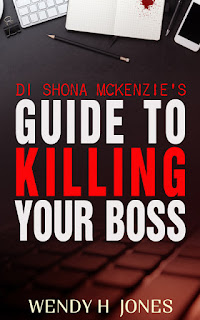 If you would like a free ebook, DI Shona McKenzie's Guide to Killing your Boss then go to my website

On that note it is time for me to get back to the writing. I'll see you all back here soon. Until then keep reading and writing.
SaveSave
Posted by Wendy H. Jones at 17:47 2 comments:

Research at the Surgeons' Hall Museum

I am a member of the Society of Authors, and thus the Society of Authors in Scotland. This excellent organisation arranges a veritable plethora of different visits for authors. The latest one was particularly good for crime writers, so as you can imagine I signed up in a heartbeat. This was to the Surgeons' Hall Museum in Edinburgh. What a superb visit this turned out to be. Also chock full of information that might just, one day, end up in a book,

The Royal College of Surgeons Edinburgh started as a medieval guild, The guild of Barber Surgeons, in 1505. Only members could practice as surgeons.   This makes it one of the oldest medical colleges in the UK. The barbers pole is actually from the surgeon - red for blood and white bandages. Now I knew barbers poles were a remnant of their time when they were also surgeons but didn't know about the colours. It is housed in beautiful building in the Old Part of Edinburgh.

The museum contains a mock lecture theatre which displays a recreation of the first dissection in both Edinburgh and Scotland. There was a video with a surgeon talking as though he were in the hall giving an anatomy lesson to students. In the centre was a body on a dissection table. This lit up as the various organs were discussed. Brilliantly done. This was the way in which trainee surgeons originally learned about human anatomy. Dissection could also be given as a punishment.  The Judge could say they could be hanged and dissected. The hangman separated the guilty party's  body from his soul. His body was then handed over to the Royal College of Surgeons.

Despite this there were not enough bodies to meet demand. Cue Burke and Hare of the body snatchers fame. These guys originally handed a body over where the person had died of natural causes. They received some money in exchange for the body and thought it would be a good way to earn a living. So, they murdered sixteen people and sold the bodies to Robert Knox. When they were caught Hare turned evidence and Burke took the fall for the whole thing.  He was punished to death and dissection. The dissection was done privately but this led to a public outcry. Therefore, his body was put on public display. Thousands of people came from all over the country to see him.  Nothing like a bit of notoriety I think. 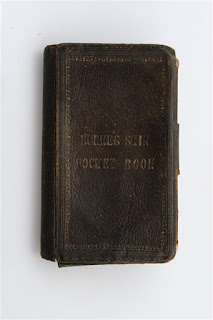 Now this is where the story gets even more interesting. They made notebooks out of Burke's skin and the museum has one of these on display. You are not allowed to take photographs in the museum but they very kindly sent me a photo of the book and allowed me to use it in this blog. I would like to thank them for doing so. This is the photo above. What a way to end up. At least he came in useful I suppose.

Museum has been opened to the public since it opened in 1832. It continues to do an amazing job today. It is one of the most interesting museums I have ever visited and I learned so much. For example Joseph Bell was the inspiration for Sherlock Holmes. He was only 16 when he started to study medicine and used logic and fact to work out what might be wrong with his patients. Now, as a crime writer, that is fascinating.

I would highly recommend a visit to the museum for anyone visiting Edinburgh. If you want to know more visit the museums website http://museum.rcsed.ac.uk The staff are helpful and extremely knowledgable about all the exhibits in the museum. They are happy to chat and answer any questions.

So my Bookaholics a different but interesting post today. Now you know what Crime Writers get up to in the name of research. I keep saying being a crime writer is a blast and I am sure you will agree that is true. See you all back here soon. Until then keep reading and writing. Remember to live life to the full and enjoy whatever you are doing.
Posted by Wendy H. Jones at 13:16 9 comments: